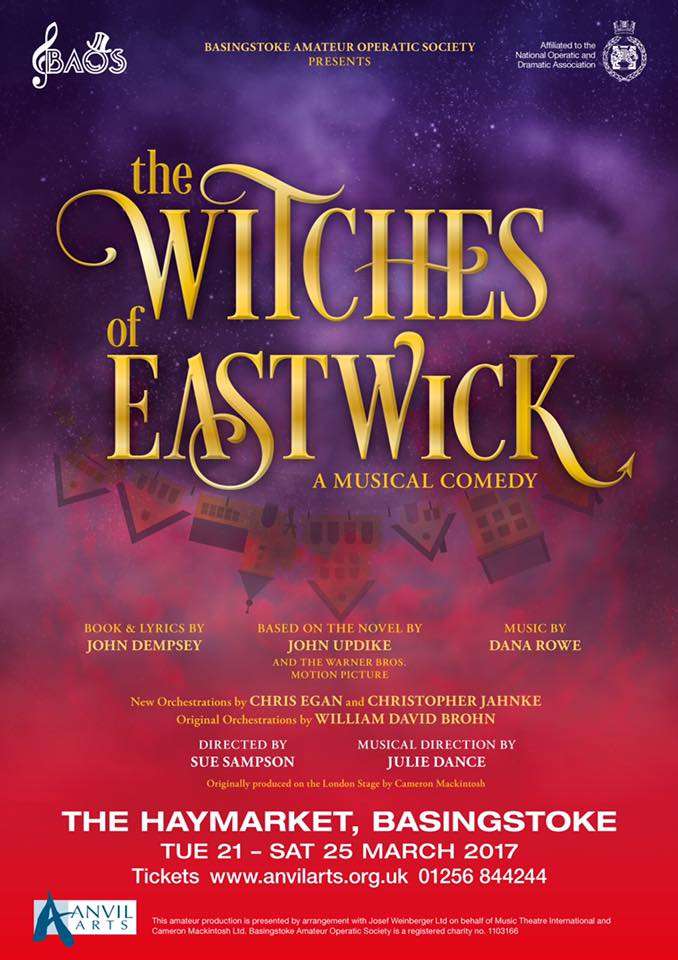 Based on the novel by JOHN UPDIKE and THE WARNER BROS. MOTION PICTURE

THE WITCHES OF EASTWICK
An amateur production presented by arrangement with Music Theatre International (Europe)
All authorised performance materials are also supplied by MTI Europe.  www.MTIShows.co.uk

A little girl sings the praises of her little town of Eastwick, Rhode Island, which she creates using her imagination, as well as its inhabitants who describe Eastwick as a town where everyone looks through their curtains at everyone else and where gossip is more powerful than the truth ("Eastwick Knows"). A forced parade led by and honouring self-appointed First Lady of Eastwick, Felicia Gabriel, overtakes proceedings but as she is about to receive her prize an unexpected thunderstorm forces everyone to run home.

Alexandra (Alex), Jane and Sukie, the three Witches, have retreated to Alex's living room for peanut butter brownies, martinis and begin to complain. They talk about their boredom with their current relationships which include casual sex, abstinence and Sukie's affair with Felicia's husband, Clyde. Alex's son, Michael, enters with his girlfriend, Jennifer, who also happens to be Felicia's daughter. The teenagers are disgustingly in love with each other and the Witches, seeing how happy they are, sing about the kind of man they would like in their lives ("Make Him Mine").

In Felicia's kitchen, Felicia and Clyde show how truly unhappy they are and how Felicia is determined to keep her public face on their relationship. The phone rings; a man from New York has arrived and bought the deserted Lenox Mansion and is tearing down the trees in his backyard. Felicia, being the considerate soul she is, thinks of the snowy egrets that will lose their homes and decides to rally the town to stop him. Arriving at Lenox Mansion, Darryl Van Horne emerges from a puff of smoke and begins to charm all the residents except Felicia ("I Love A Little Town"). The "Eastwick Preservation Society" banner explodes in a fireball and everyone flees.

Darryl meets Alexandra on the beach where she is sculpting in the sand. Embarrassed, she allows Darryl to take her back to his house. They discuss sculpture and Darryl begins his seduction ("Eye of the Beholder"). Gossip begins to work its way round the town and Darryl goes to Jane's studio where she is playing the cello. They discuss music and have a wild and sexual cello/violin duet which ends in the cello playing by itself and a massive musical and actual orgasm ("Waiting For The Music To Begin").

Clyde promises Sukie that he will leave Felicia but she enters with Jennifer and catches the two of them. Their excuse is that they're preparing research on Darryl and Lenox Mansion. When Sukie returns home Darryl is waiting for her. Darryl gets Sukie to break out of her introverted shell and talk to him ("Words, Words, Words"). Instead of sleeping with her, he invites her to a tennis game. It's only when Sukie arrives and sees Alex and Jane that all three realise that Darryl has been sleeping with all of them. He serves a ball which explodes in mid-air and says that he's the man they prayed for.

Michael and Jennifer meet and sing their puppy-love duet ("Something") while the rest of the town meet to do laundry and gossip about Darryl and his conquests ("Dirty Laundry"). During the number, Felicia, to her horror, discovers Jennifer kissing Michael and immediately sends her away from Eastwick.

Alex, Jane and Sukie enter, each wearing a stunning sexy dress singing about their childhood insecurities ("I Wish I May"). Darryl sweet talks the women and teaches them how to curse Felicia by throwing things into an enchanted cookie jar. They throw a tennis ball, a bracelet and some feathers into the jar and immediately, Felicia starts to throw up...a tennis ball, a bracelet and some feathers. Enchanted, the Witches turn to Darryl who tells them to close their eyes and suddenly they are flying high above the audience.

Darryl invites Alex to Mexican Night at his house and she reflects on her single-minded pursuit ("Another Night At Darryl’s"). At Nemo's Diner, Darryl bumps into Felicia and Clyde. He taunts her and she vomits a cherry pit. Seeing that Eastwick's men have no idea how to please their women Darryl teaches the town about how to have real sex ("Dance With The Devil").

The Witches go to Darryl's in coats and take them off to reveal matching lingerie. Just as they are about to have sex, Darryl's manservant, Fidel, delivers a letter from The Eastwick Preservation Society that says they are suing him for filling in the wetlands. In revenge, all four start throwing anything they can find into the cookie jar. In Felicia's kitchen, we see the result as she screams at the still bewitched Clyde ("Evil"). Eventually, she can no longer cope with the curse and tells Clyde to do something so he hits her with a frying pan. Suddenly free of Felicia he shouts that he's finally happy. However, with her dying breath, Felicia pulls Clyde's tie into the waste disposal unit and turns it on.

The Witches start to avoid Darryl. When they return to Lenox Mansion, they tell Darryl that he has taken it too far. Furious, he screams at them but they run away and Darryl swears revenge. On the beach, Sukie bumps into the now orphaned Jennifer. She tries to offer advice but can't find the words ("Loose Ends"). Darryl enters once Sukie leaves and begins to seduce Jennifer. He tricks her into marrying him and this news prompts the Witches to send Darryl back where he belongs.

Before the wedding Darryl leads the town in singing the praises of himself ("The Glory of Me"). The wedding begins but the Witches appear and, using a voodoo doll of Darryl they begin attacking him ("The Wedding"). Vowing revenge, Darryl is thrown back to Hell in a fireball and the church collapses. Michael and Jennifer are reunited ("Something" Reprise) and the Witches realise the error of their ways ("Look At Me"). 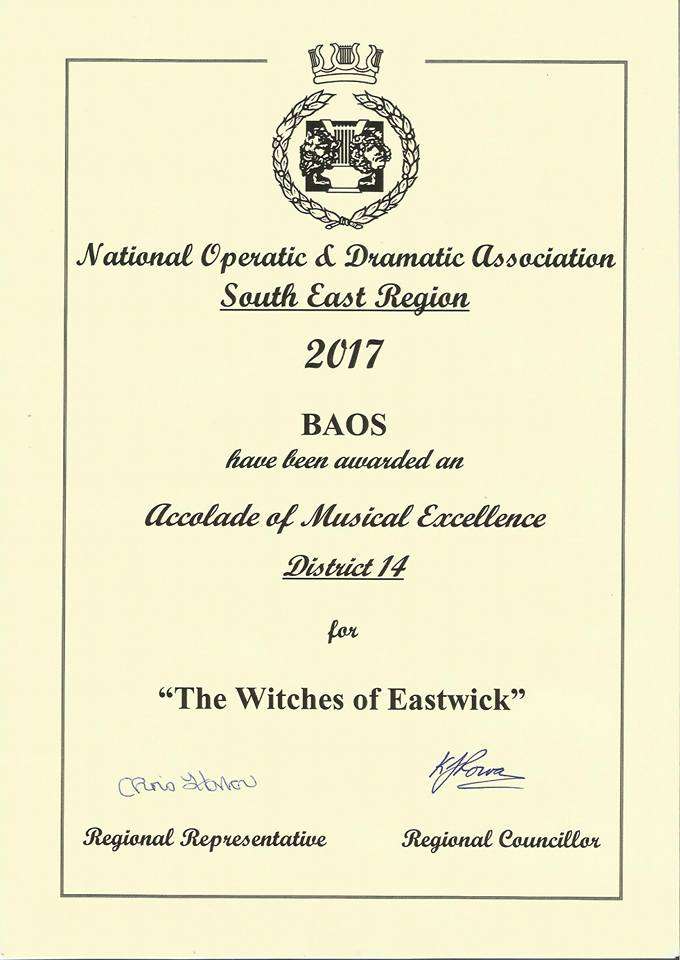 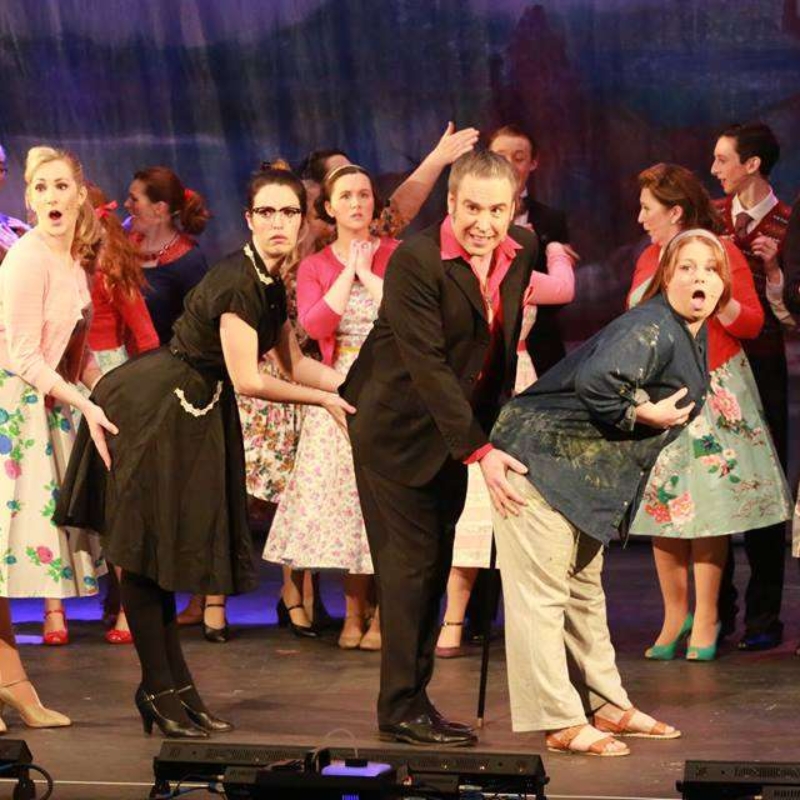 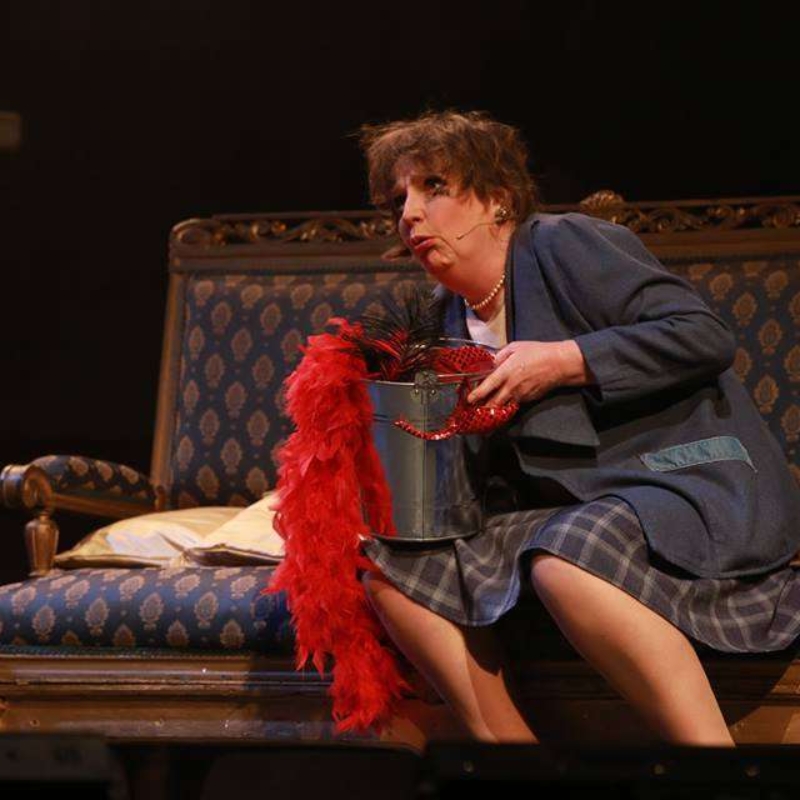 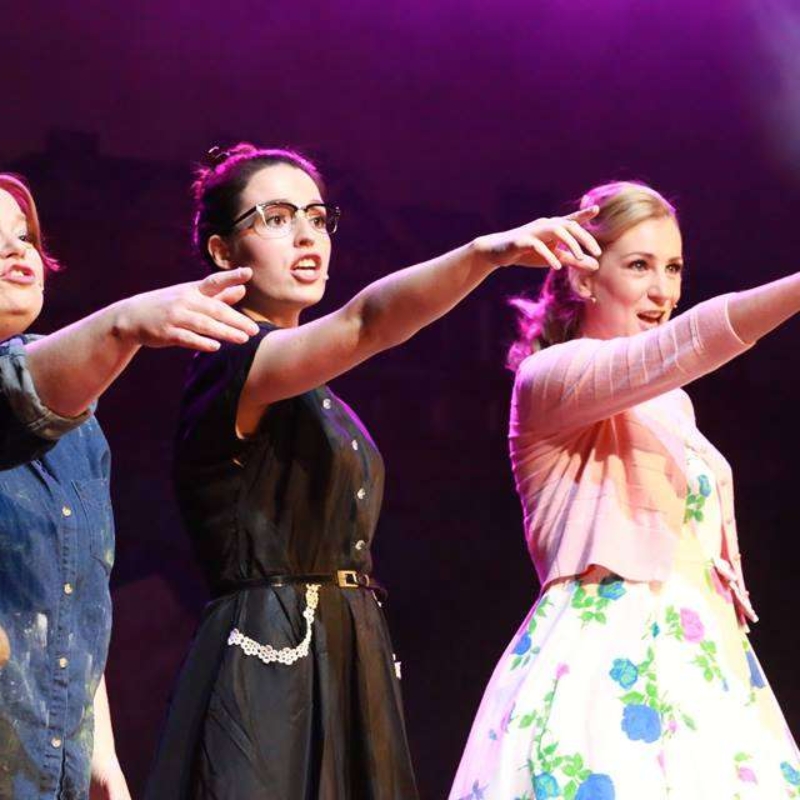 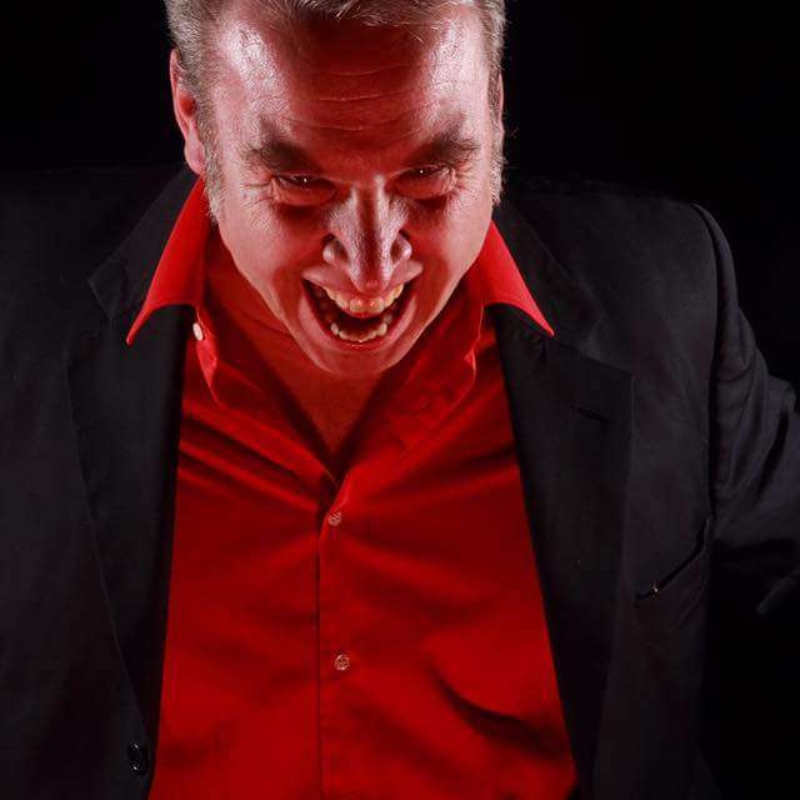