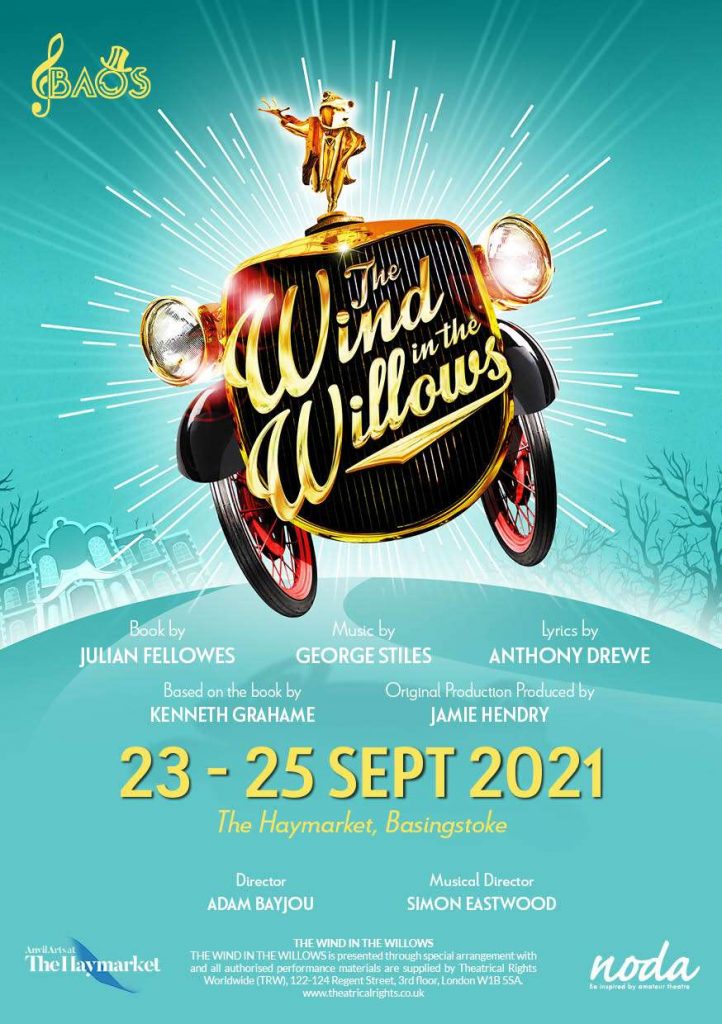 THE WIND IN THE WILLOWS is presented through special arrangement with and all authorised performance materials are supplied by
Theatrical Rights Worldwide (TRW), 122-124 Regent Street, 3rd floor, London W1B 5SA. www.theatricalrights.co.uk

THE WIND IN THE WILLOWS received the NODA awards.

With the arrival of spring and fine weather outside, Mole becomes bored with spring cleaning (“SPRING”). He flees his underground home, emerging to take in the air and ends up by the river, a thing he has never seen before. Here he meets Rat who spends all his days in, on and close by the river. Rat takes Mole for a trip in his rowing boat, and as he shares his picnic an enduring friendship is born (“MESSING ABOUT IN A BOAT”). Mrs Otter gate-crashes the friends’ picnic looking for her daughter Portia who has a habit of wandering off in search of food. Rat and Mrs Otter warn Mole about the inhabitants of the Wild Wood and tell him of wise but solitary Badger who lives there and of the extraordinary amphibian, Mr Toad (“SPEED IS OF THE ESSENCE”).

As the Swallows return marking the beginning of summer (“ONE SWALLOW DOES NOT A SUMMER MAKE”), Mole and Rat visit Toad Hall at the request of Mr Toad (“TOAD’S ENTRANCE”). Mr Toad is rich, jovial, friendly and kind-hearted, but aimless and conceited; he regularly becomes obsessed with current fads, only to abandon them abruptly. Having recently given up boating, Mr Toad’s current craze is his horse-drawn caravan. He persuades the reluctant Rat and willing Mole to join him on a trip (“THE OPEN ROAD”). Having parked at the roadside for an overnight stop, a passing motor car scares the horse, causing the caravan to overturn into a ditch. Rather than be upset Mr Toad changes his obsession again and now focuses on the new-fangled motor-car (“SPEED IS OF THE ESSENCE REPRISE”). In his new racer, he terrorises his neighbours, particularly a family of nervous Hedgehogs (“THE HEDGEHOG’S NIGHTMARE” / “THE AMAZING MR TOAD”).

Determined to save Mr Toad from himself, Mole insists Rat and he venture into the Wild Wood to call on the support of Badger. When Rat refuses, Mole ventures on the scary road alone (“THE WILD WOODERS”).

Pursued by the Chief Weasel and his Wild Wooders, Mole only escapes when Rat has a change of heart. Unfortunately, falling leaves of autumn have covered the path to Badger’s house and the two are lost in the Wild Wood (“AUTUMN”). When Mole injures himself on a sharp piece of metal, Rat realises they have accidentally stumbled on Badger’s doorstep. As Badger invites them in, Chief Weasel calls his gang of Wild Wooders and tells them of his plot to steal Toad Hall so they can live the good life. Portia, still looking for food, is kidnapped by the gang.

Inside Badger’s house, Mole and Rat convince Badger to come to Mr Toad’s aid (“A FRIEND IS STILL A FRIEND”). The trio arrives at Toad Hall to find that Mr Toad has ordered a new car after yet another crash and set out to guard him in his bedroom until he learns some sense. Mrs Otter arrives and when she begs the friends to help her find Portia, Mole suggests he looks after Mr Toad whilst the Rat and Badger join the search. Feigning illness, Mr Toad escapes Toad Hall and steals a beautiful new car (“TOAD’S ESCAPE”).

Act One ends with Mr Toad in the dock (“AS IF IN A DREAM”) being judged by a jury of stoats and weasels.

With Toad in prison, the Wild Wooders have taken over Toad Hall and are fattening up Portia, readying her for a feast to come (“WE’RE TAKING OVER THE HALL”). In prison, Mr Toad gains the sympathy of the Gaoler’s Daughter, who helps him to escape disguised as a washerwoman (“TO BE A WOMAN”). Walking through the Wood, Rat and Mole discuss the imprisonment of their friend when they come across Mole’s home. Homesick, having realised he hasn’t returned since the day he left his Spring cleaning, the friends have a humble feast (“A PLACE TO COME BACK TO”) when local choristers appear (“THE WASSAILING MICE”). As the choristers’ song ends, Badger bursts in to let Rat and Mole know that Mr Toad is now a criminal on the run. They set off again to save him from himself.

Though free again, Mr Toad is pursued by the police. He manages to board a railway engine manned by a sympathetic driver. Mr Toad jumps from the train when the law catches up and, still disguised as a washerwoman, comes across a horse-drawn barge. The barge’s owner offers him a lift in exchange for Mr Toad’s services as a washerwoman. After botching the wash, Mr Toad gets into a fight with the barge-woman, who tosses him into the canal. Soaked, Mr Toad flags down a passing car, which happens to be the very one he stole earlier. The car owner, not recognising Mr Toad in his disguise, permits him to drive the car. Once behind the wheel, he is possessed by his former passion and drives furiously, declaring his identity to the owner who tries to seize him leading to yet another crash (“THE GREATEST GREAT ESCAPE”).

Badger discovers Toad at the doors of Toad Hall. Badger and friends tell Mr Toad that Toad Hall has been taken over by weasels and stoats from the Wild Wood and even worse, that Portia is imprisoned inside. After Mole convinces two guards that an attack on the Hall is imminent Badger announces that he knows of a secret tunnel into Toad Hall through which the enemies may be attacked (“HUSH”). Badger, Mrs Otter, Rat, Mole and Mr Toad enter via the tunnel and pounce upon the unsuspecting Wild Wooders who are holding a celebratory party and about to cook Portia (“THE FIGHT”). Having driven away the intruders, Mr Toad holds a party to mark his return, but can he really change? (“FINALE”) 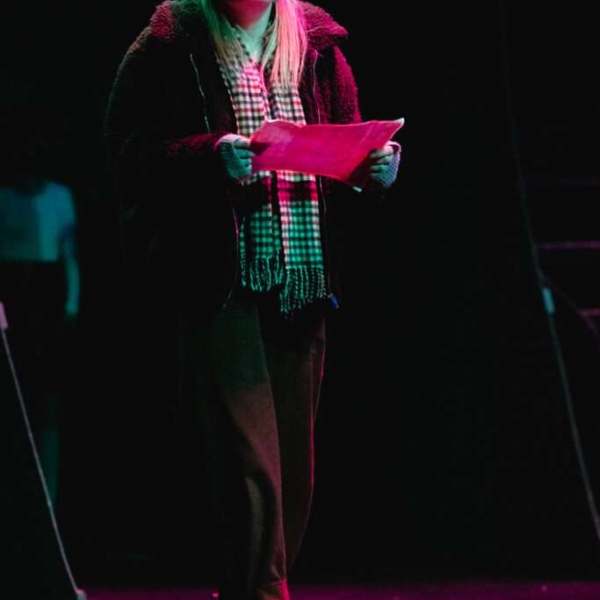 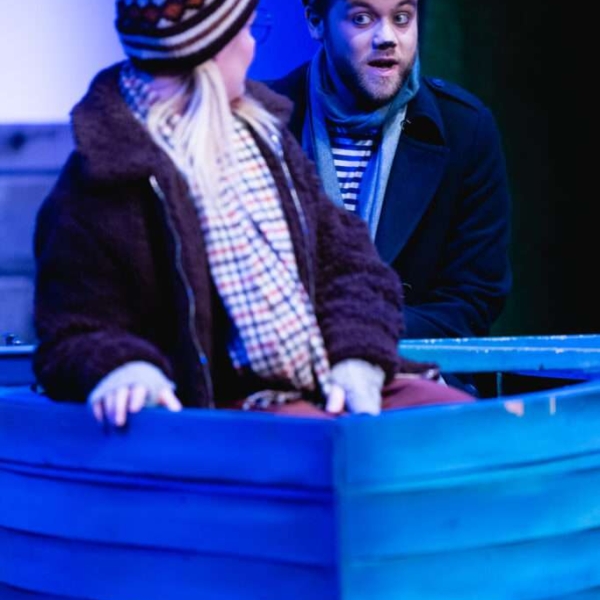 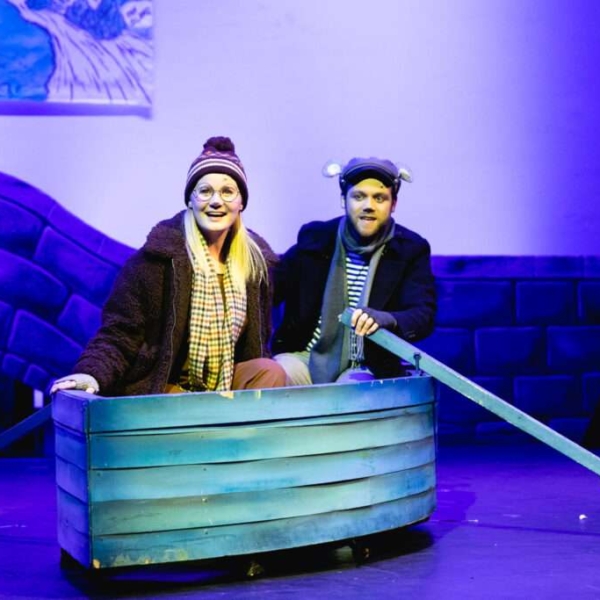 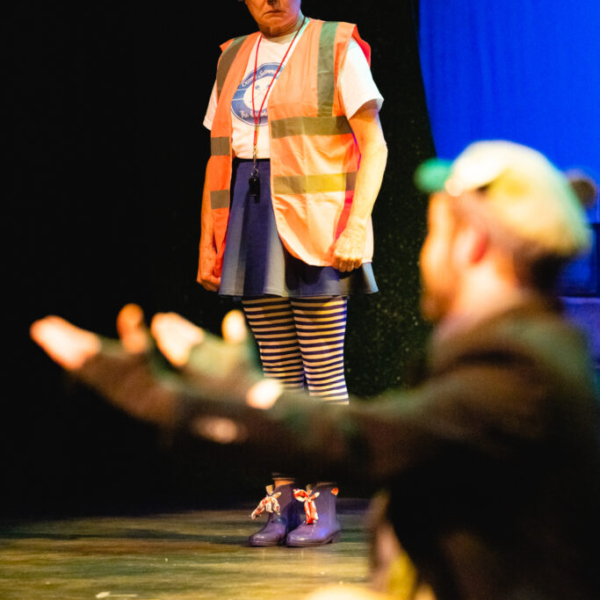 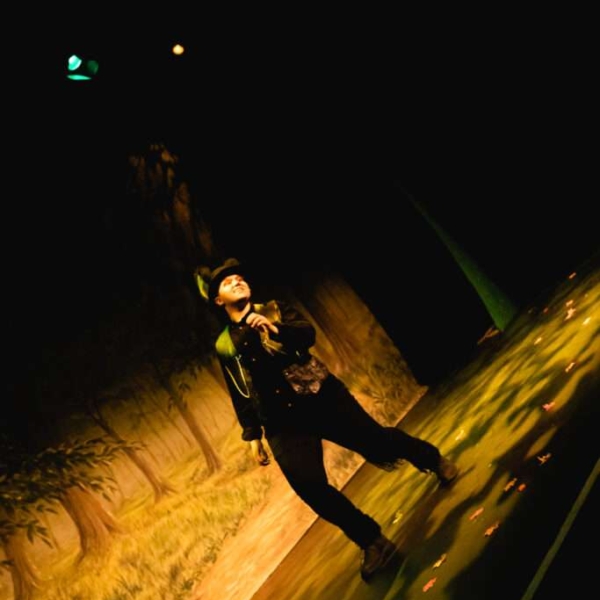 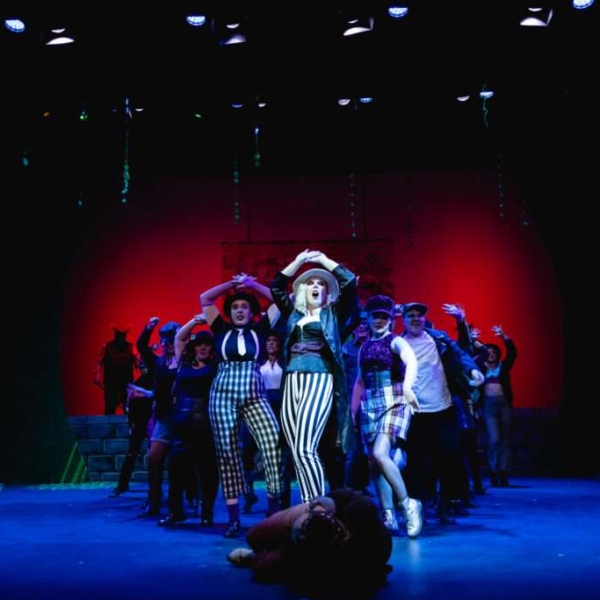 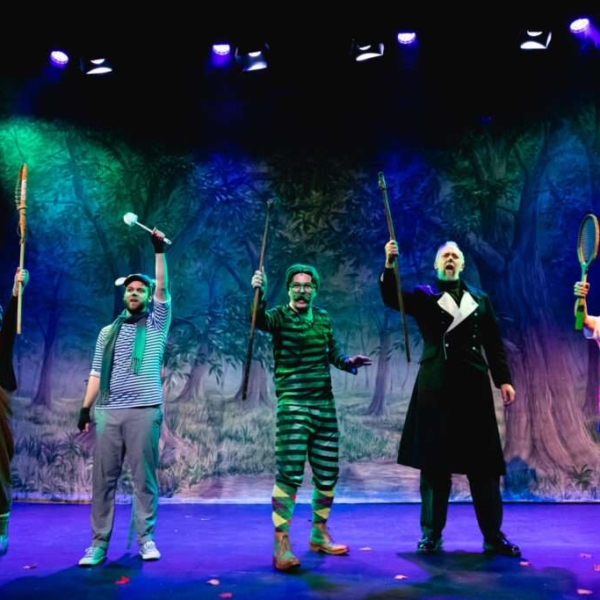 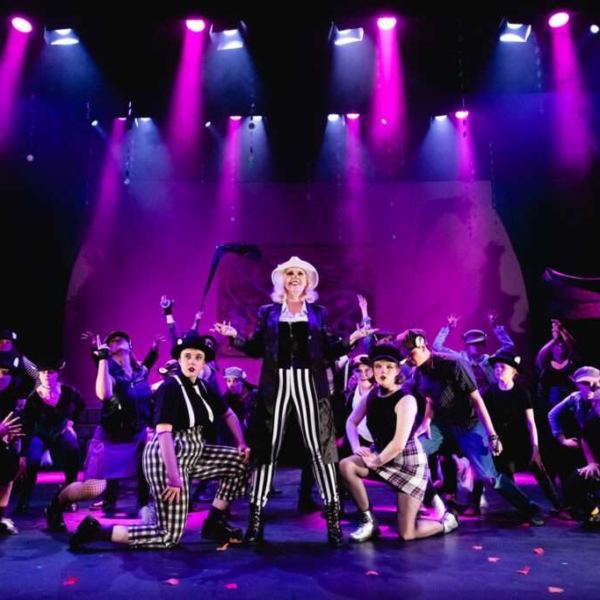 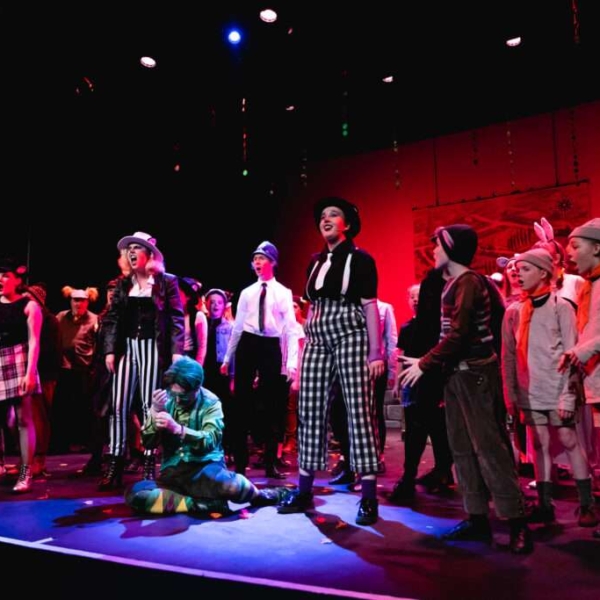 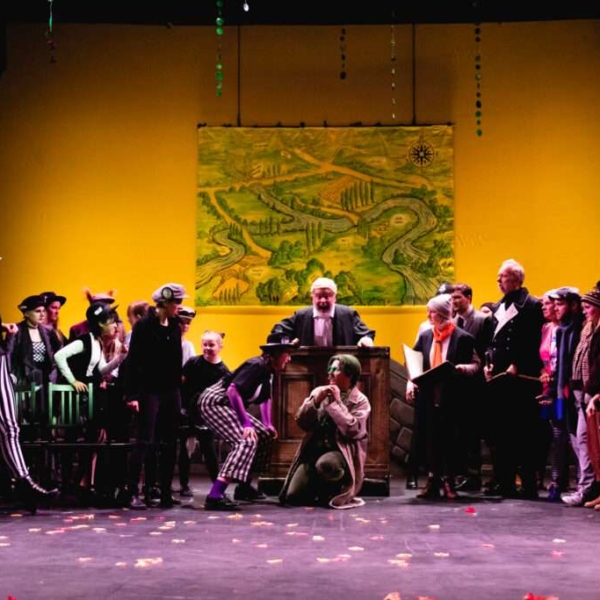 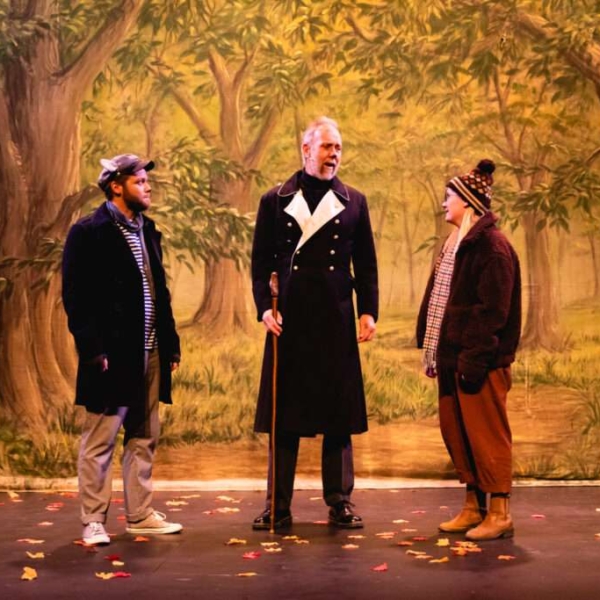 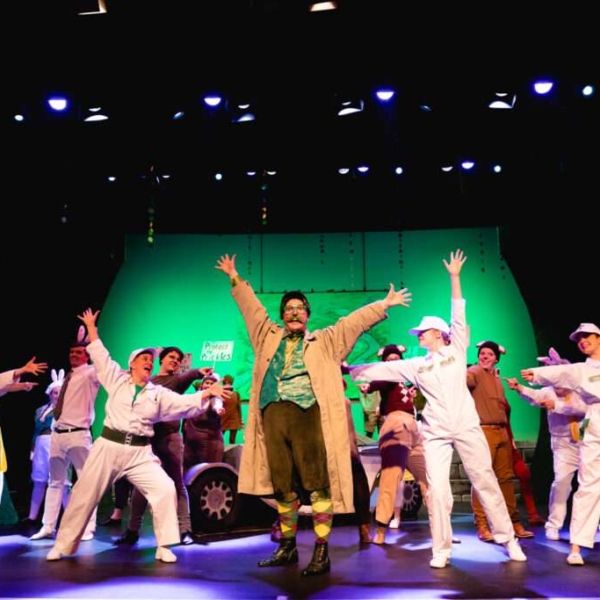 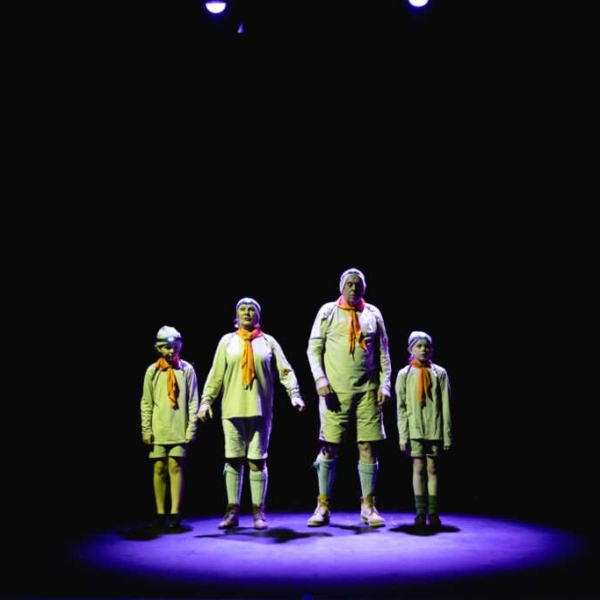 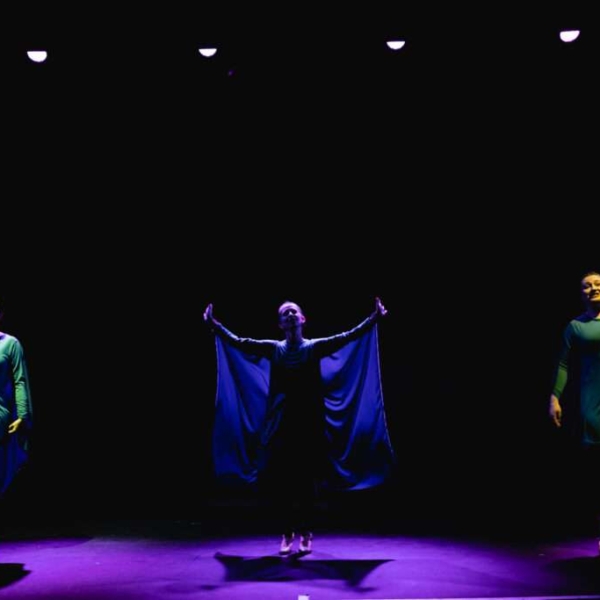 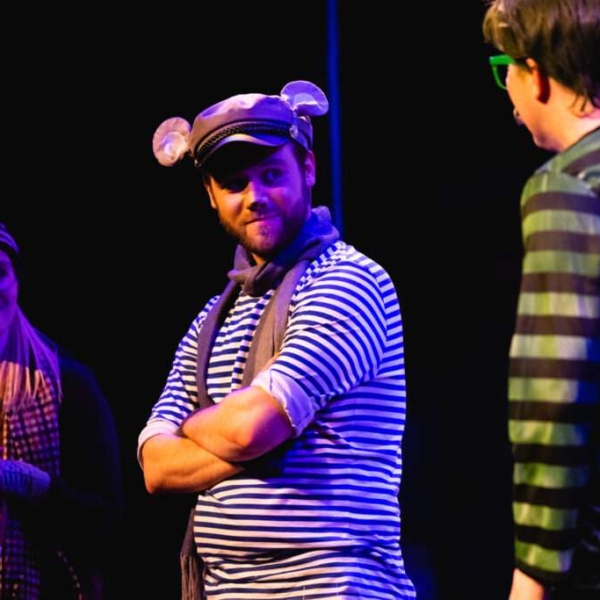 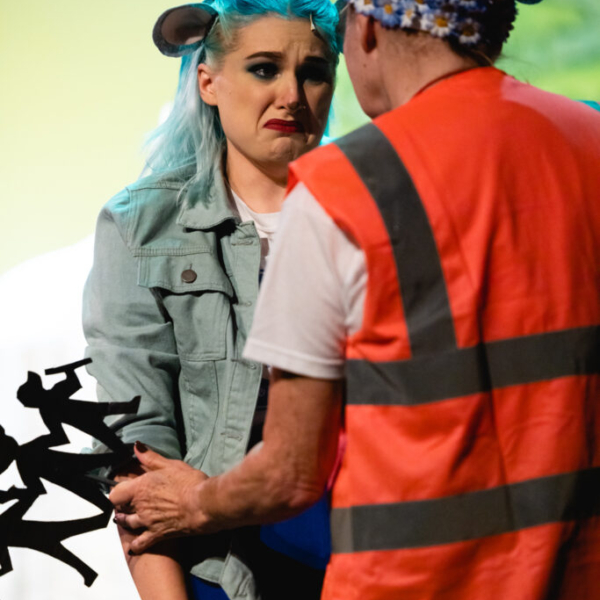 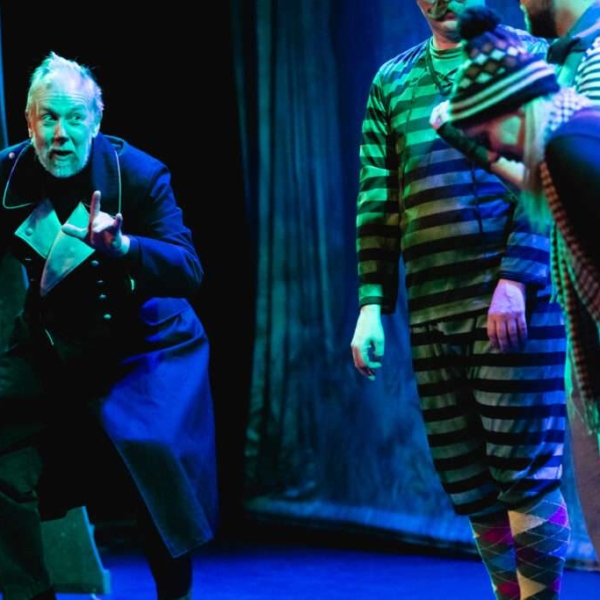 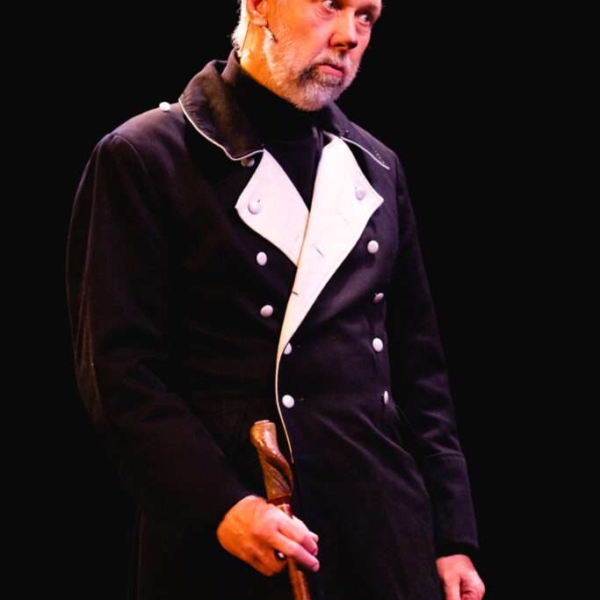 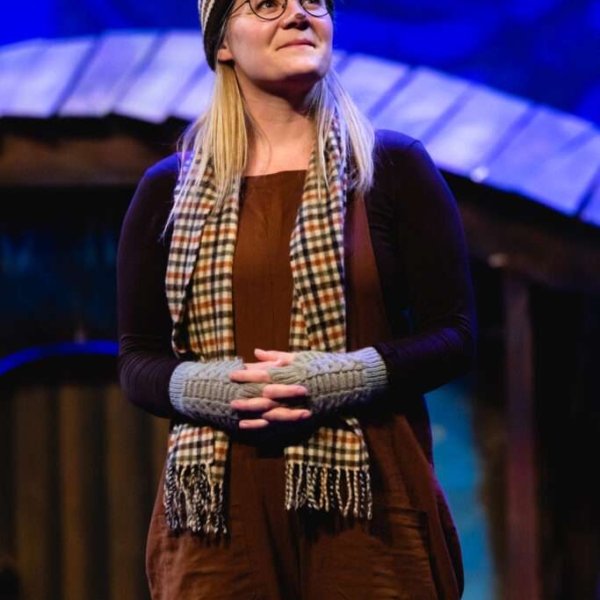 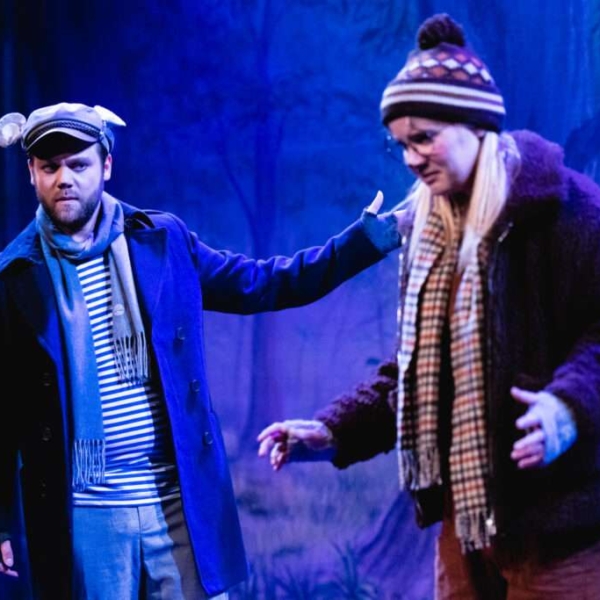 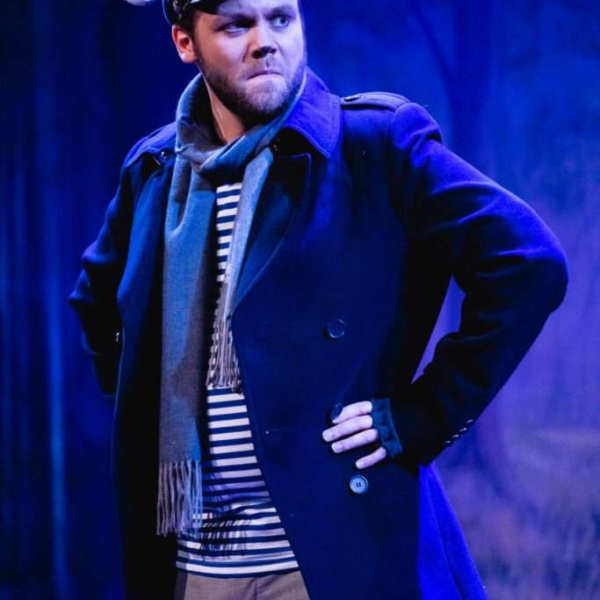 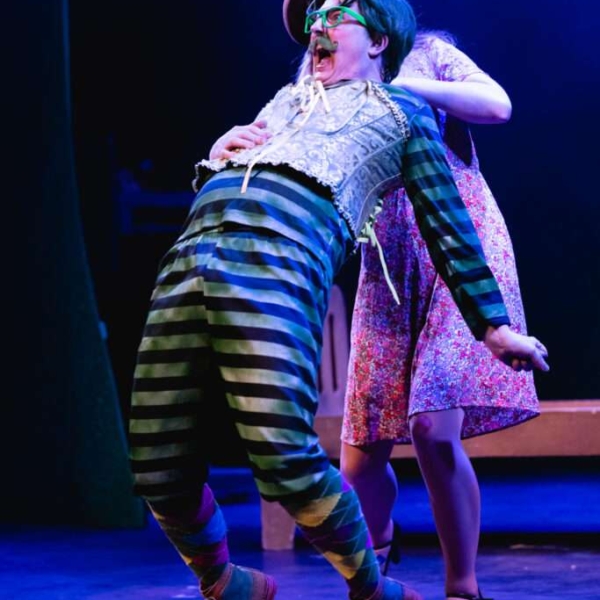 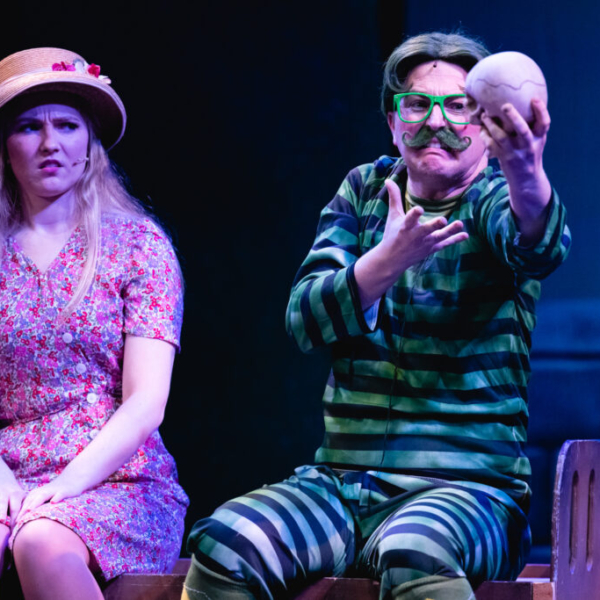 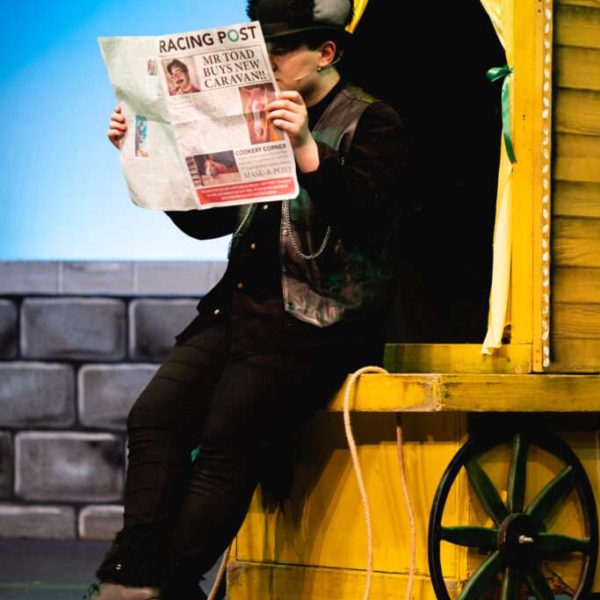 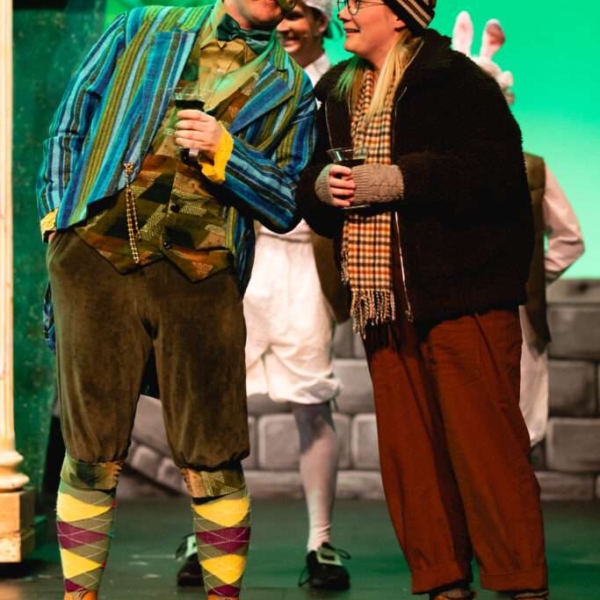 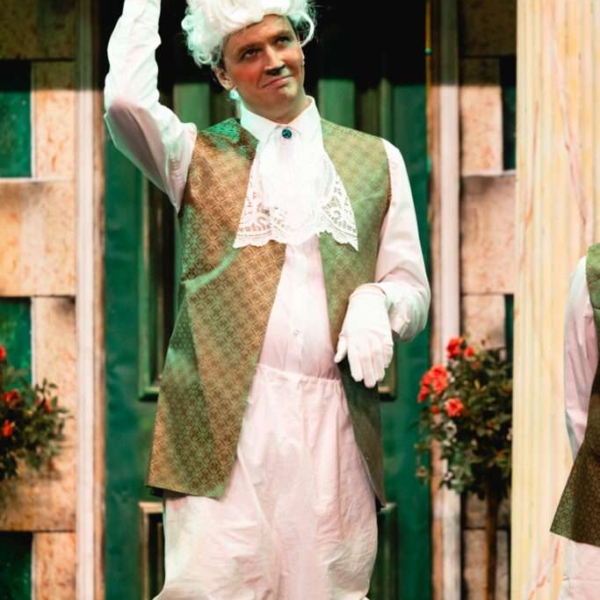 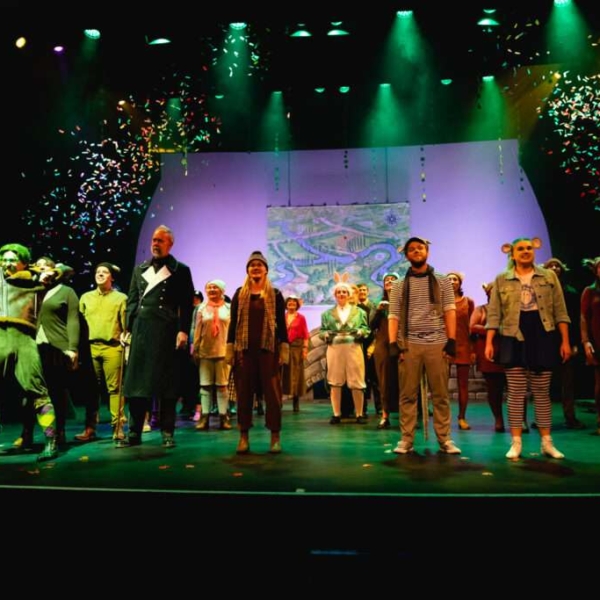 BAOS is the proud winner of 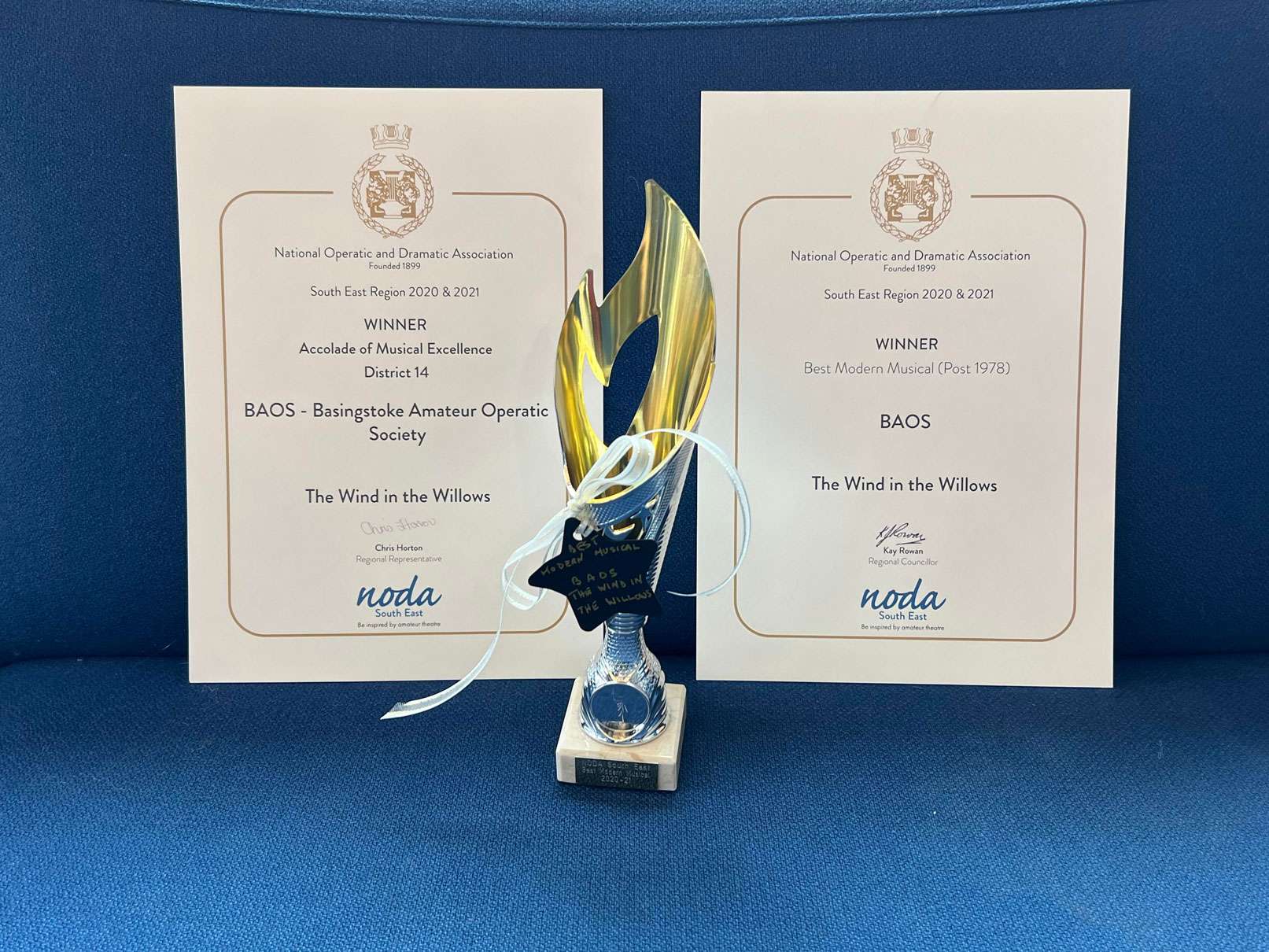 BAOS The Wind In The Willows Programme 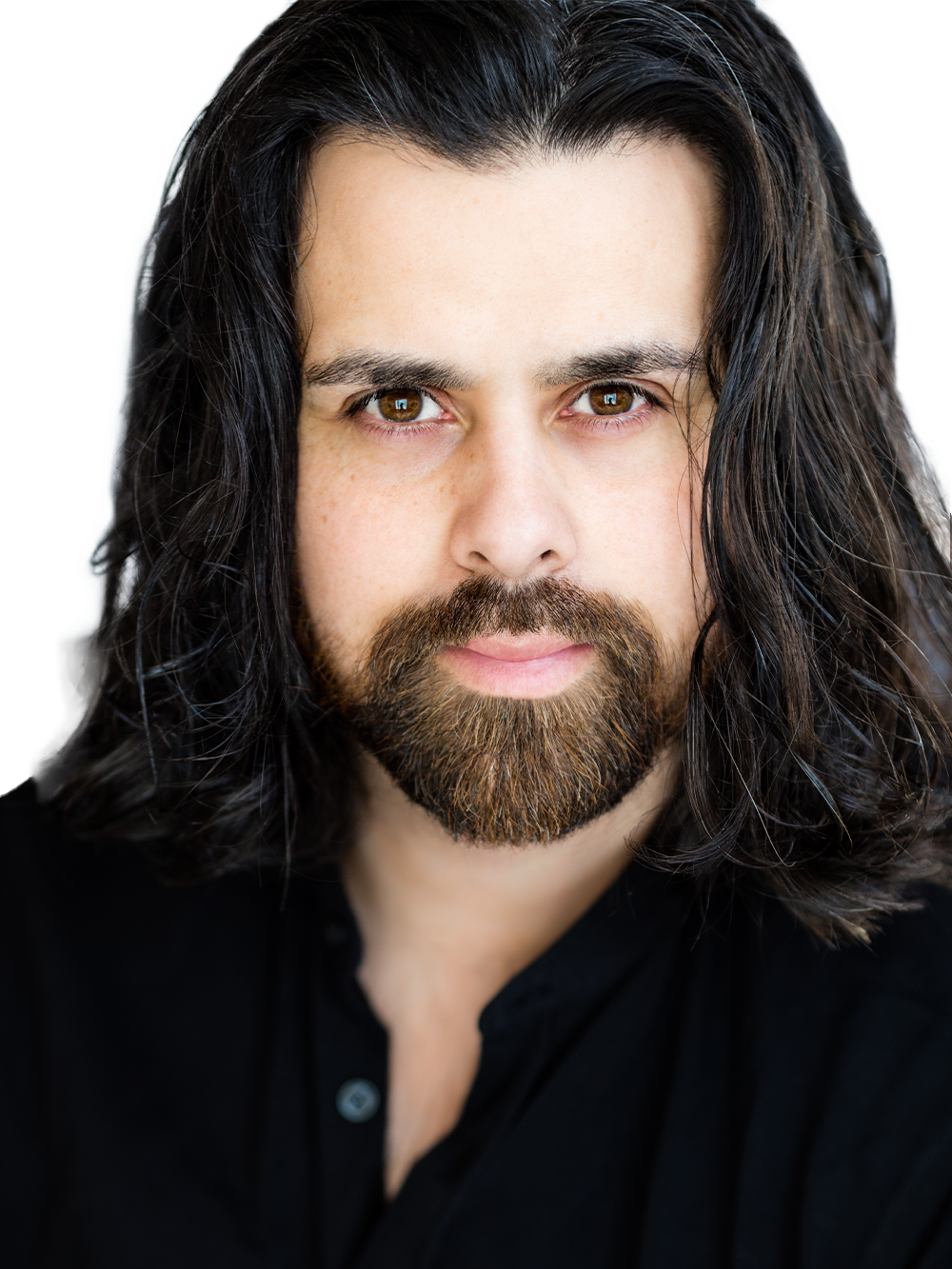