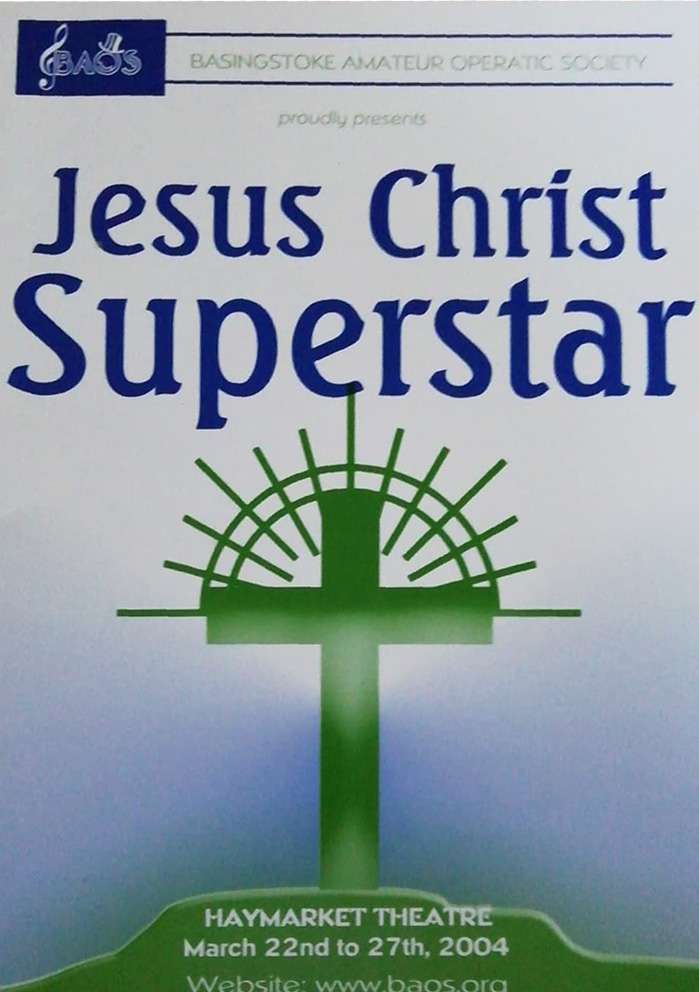 Judas Iscariot, one of the Twelve Apostles, worries that the followers of Jesus are getting out of control and may be seen as a threat by the Roman Empire, who might harshly suppress them ("Heaven on Their Minds").

The other apostles anticipate going to Jerusalem with Jesus and ask him about his plans, but Jesus tells them not to worry about the future ("What's the Buzz"). Mary Magdalene tries to help Jesus relax. Judas tells Jesus that he should not associate with Mary, because a relationship with a sex-worker could be seen as inconsistent with his own teachings and be used against him ("Strange Thing Mystifying"). Jesus tells Judas that he should not judge others unless he is without sin. Jesus then reproaches the apostles and complains that none of them truly cares about him. Mary Magdalene tries to reassure Jesus while anointing him with oil ("Everything's Alright"). Judas angrily says that the money spent on oil should have been used to help the poor. Jesus answers that they do not have the resources to end poverty and that they should be glad for what comforts they have.

Meanwhile, Caiaphas, the High Priest of Israel, assembles the Pharisees and priests. Like Judas, they fear that Jesus's followers will be seen as a threat by the Romans and that many Jews might suffer the consequences. Caiaphas concludes that for the greater good, Jesus must be killed ("This Jesus Must Die"). As Jesus and his followers arrive exultantly in Jerusalem, they are confronted by Caiaphas, who demands that Jesus disperse the crowd. Jesus instead greets the happy crowd ("Hosanna"). Then Simon the Zealot suggests that Jesus lead his mob in a war against Rome and gain absolute power. Jesus rejects this, stating that none of his followers understands what true power is ("Simon Zealotes/Poor Jerusalem").

Pontius Pilate, the governor of Judea, has a dream in which he meets a Galilean and then receives the blame for the man's violent death at the hands of a mob ("Pilate's Dream"). Jesus arrives at the Temple and finds that it is being used as a marketplace; angered by this, he drives everyone out ("The Temple"). A group of lepers ask Jesus to heal them. Their number increases, and overwhelmed, Jesus rejects them. Mary Magdalene sings him to sleep ("Everything's Alright (Reprise)"). While he sleeps, Mary acknowledges that she is in love with him, and it frightens her ("I Don't Know How to Love Him").

Conflicted, Judas seeks out the Pharisees and proposes helping them arrest Jesus, believing that Jesus is out of control and that Jesus himself would approve of his action. In exchange for his help, Judas is offered thirty pieces of silver. Judas initially refuses, then accepts when Caiaphas suggests that he can use the money to help the poor ("Damned for All Time/Blood Money").

At the Last Supper, Jesus is stung when the others get drunk and pay little attention to him. He remarks that "for all you care" the wine they are drinking could be his blood and the bread his body. He asks them to remember him, then frustrated by their lack of understanding, he predicts that Peter will deny Him three times that night and that another one of them will betray him. Judas admits that he is the one who will betray Jesus and, saying that he does not understand why Jesus did not plan things better, leaves ("The Last Supper").

The remaining apostles fall asleep, and Jesus retreats to the Garden of Gethsemane to pray ("Gethsemane (I Only Want to Say)"). He tells God his doubts about whether his mission has had any success and angrily demands to know why he should continue and suffer the horrible death that awaits him. Receiving no answer, he realises that he cannot defy God's will, and surrenders to God.

Judas arrives with Roman soldiers and identifies Jesus by kissing him on the cheek ("The Arrest"). When Jesus is brought to trial before the Sanhedrin, Caiaphas demands to know if he calls himself the Son of God, and Jesus responds merely "That's what you say". Caiaphas says that this is sufficient evidence and sends him to Pilate. Meanwhile, Peter is confronted by three people, to whom he denies that he knows Jesus ("Peter's Denial"). Mary observes that Jesus had predicted this.

Pilate asks Jesus if he is the King of the Jews. Jesus again answers "That's what you say". Since Jesus is from Galilee, Pilate says that he is not under his jurisdiction and sends him to King Herod ("Pilate and Christ"). The flamboyant King Herod asks Jesus to prove his divinity by performing miracles ("King Herod's Song"), but Jesus ignores him. Herod angrily sends him back to Pilate. Mary Magdalene, Peter, and the apostles remember when they first began following Jesus, and wish that they could return to a time of peace ("Could We Start Again, Please?").

Judas is horrified at Jesus's harsh treatment. He expresses regret to the Pharisees, fearing that he will forever be remembered as a traitor. Caiaphas and Annas assure him that he has done the right thing. Judas throws down the money he was given and storms out. He curses God for manipulating him and commits suicide ("Judas's Death").

At Jesus's trial, Pilate attempts to interrogate Jesus but is cut off by a bloodthirsty mob that demands that Jesus be crucified. He tells the mob that Jesus has committed no crime and does not deserve to die, but to satisfy the mob he will have Jesus flogged ("Trial Before Pilate"). Pilate pleads with Jesus to defend himself, but Jesus says weakly that everything has been determined by God. The crowd still calls for Jesus's death and finally Pilate reluctantly agrees to crucify Jesus.

As Jesus awaits crucifixion, the spirit of Judas returns and questions why Jesus chose to arrive in the manner and time that he did, and if it was all part of a divine plan ("Superstar"). Jesus is crucified, recites his final words and dies ("The Crucifixion").