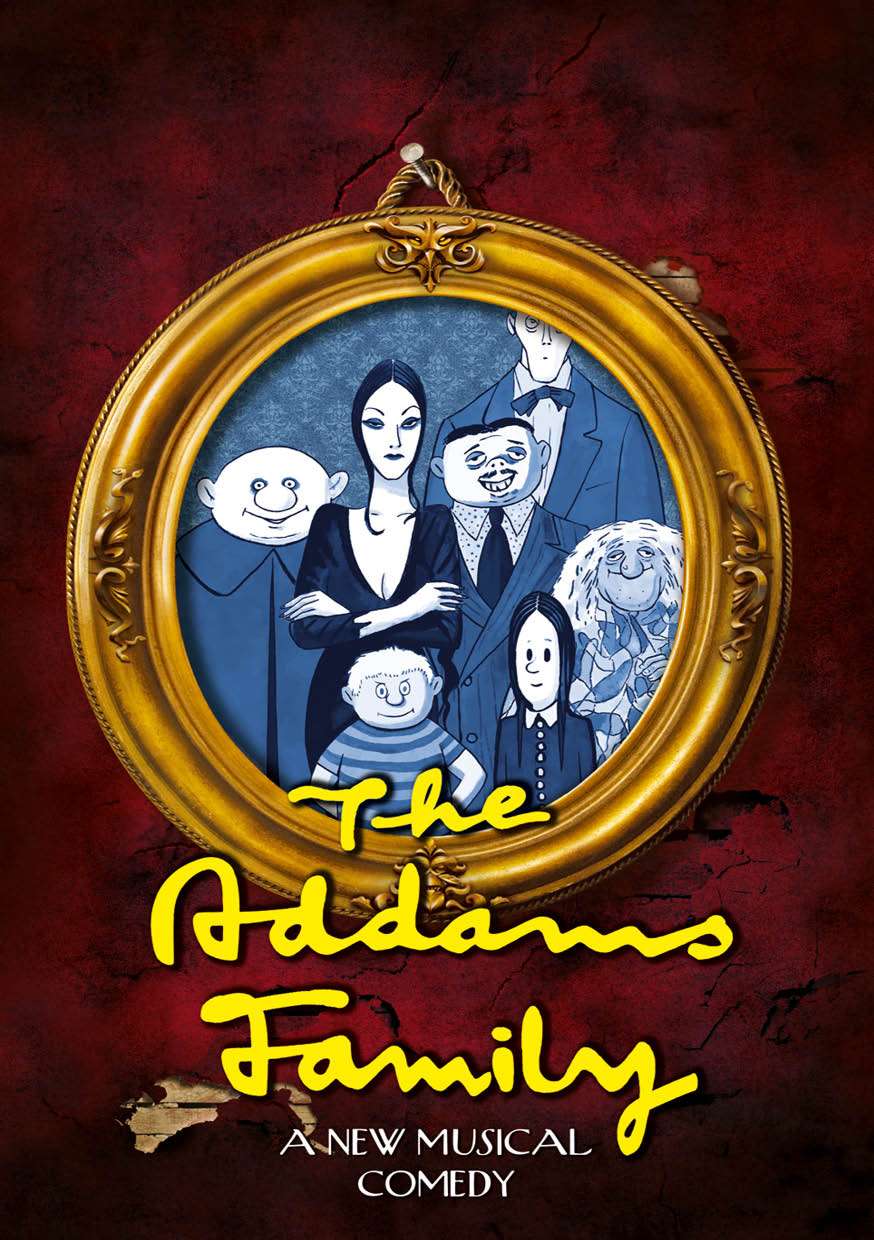 Based on characters created by CHARLES ADDAMS

The ghoulish Addams family are visiting the graveyard for an annual gathering of all family members (living, dead, and undecided) to celebrate what it is to be an Addams ("WHEN YOU'RE AN ADDAMS"). Uncle Fester stops the Ancestors' return to their graves to enlist their help. He explains that Wednesday, under protest, has invited her new (normal) boyfriend, Lucas Beineke, and his parents, Mal and Alice, to dinner. While torturing Pugsley on a rack, Wednesday admits that love is pulling her in a new direction ("PULLED"). Meanwhile, Wednesday's parents, Morticia and Gomez, worry about her changing ways ("WHERE DID WE GO WRONG").

As the Beinekes arrive, Wednesday and Lucas instruct their families to act normal so they can all enjoy a simple dinner ("ONE NORMAL NIGHT"). But the moment Lurch ushers the Beinekes into the mansion, tensions begin to mount. Mal wants to tear down the old house, Alice begins to spout happy poems at random, Pugsley, Fester, and Grandma fail at acting normal, and Wednesday, after wearing black for eighteen years, appears in a bright yellow dress. Later, Lucas and Wednesday, away from their families, reveal that the reason they brought their families together is to announce their marriage. Gomez and Mal share a drink where Mal is introduced to Bernice, the family's giant pet squid, and Alice admits to Morticia that her marriage to Mal has grown passionless. Morticia then hears Wednesday call her old and worries that she's getting crows feet. She turns down Gomez's request to tango, leaving him alone and unsatisfied ("MORTICIA"). Meanwhile, Pugsley is worried that Wednesday's love life means she won't torture him anymore. He steals a potion from Grandma after she reveals it will bring out someone's dark nature. Pugsley plans to slip it to Wednesday at dinner ("WHAT IF?").

At dinner, "The Game" is played, where each person at the table confesses something ("FULL DISCLOSURE"). Gomez tells a story about scaring away crows and their feet, but upsets Morticia by accidentally comparing her to a goat, while Uncle Fester admits he's in love with the moon. In a mix-up, Alice drinks Pugsley's potion and in front of everyone declares her marriage to Mal a loveless mess as she reveals her misery and woe ("WAITING"). As Mal, humiliated, attempts to leave with his family, Wednesday announces that she and Lucas will marry, to which Lucas sheepishly agrees. Chaos engulfs both families, and Uncle Fester, trying to be helpful, instructs the Ancestors to create a sudden, terrible storm, trapping everyone in the mansion for the night ("FULL DISCLOSURE – PART 2").

During the storm, Wednesday tries to leave, but Lucas wants to stay and work things out with their families, leading the pair to have their first fight. Later, Morticia fears she is no longer relevant to her own family, and reminds herself that death is waiting for her ("JUST AROUND THE CORNER"). Mal and Alice start to have a fight about their marriage at the dinner after Alice makes a poem that doesn't rhyme. Uncle Fester calls for an interlude as he plays his ukulele, singing a love song to the Moon ("THE MOON AND ME").

Walking out in the yard, Wednesday runs into Gomez. He is happy she's found someone to love, yet sad that his daughter is growing up ("HAPPY/SAD"). Wednesday is left worrying that she and Lucas are too different. Then as a show of trust, Lucas blindfolds Wednesday and lets her shoot an apple off his head with a crossbow ("CRAZIER THAN YOU"). She succeeds, and the two embrace. Pugsley cannot sleep, and Morticia relaxes him a bit but he cannot bring himself to confess what he did to Alice. In the grotto, Gomez and Fester attempt to get Mal to open up about his feelings to no avail ("LET'S NOT TALK ABOUT ANYTHING ELSE BUT LOVE"). He is ultimately kidnapped by Bernice and pulled into the sewers. Grandma, hearing the word "love", comes to sing with Gomez and Fester ("LET'S NOT TALK ABOUT ANYTHING ELSE BUT LOVE" (REPRISE)). Moments after, Alice is led down to the grotto by Lurch where Mal, now back from his swim with Bernice, has learned to appreciate what he has after spending time in the arms of a passionate squid and announces he still loves Alice ("IN THE ARMS"). Gomez now goes up to the rooftop to profess his love for Morticia ("LIVE BEFORE WE DIE"). They kiss and begin to tango ("TANGO DE AMOR").

With all the couples reunited, Pugsley admits to slipping the potion to Alice, but is congratulated since it brought everyone together. Uncle Fester, wearing a rocket, tells everyone he is flying off to be with the moon. As the families sing one last ballad, they are all shocked as Lurch sings out loud for the first time, just as a puff of smoke is seen on the moon, signaling Fester has just landed ("MOVE TOWARD THE DARKNESS").